Solidarity against all odds: Humanitarian aid in North and East Syria 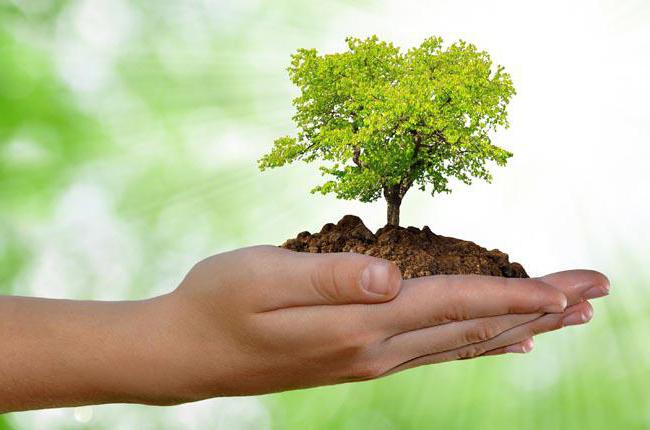 In the sixth part of our series of articles on the tenth anniversary of the Rojava Revolution, we wanted to look at the ecological challenges in North and East Syria. We therefore spoke with environmental activist Ismayil Derik.

We are trying to implement the idea of the “Democratic Nation” here. This is based on a confederal system and aims to build a pluralistic, ecological, equal and gender-freed society. Thus, ecology is a cornerstone of our model and perspective.

As far as the practice of the Rojava Revolution is concerned, we are aware that not enough attention has been paid to the issue of ecology so far. Nevertheless, it also cannot be denied that we have taken some important steps in this field. For example, we are continuously working to establish environmental consciousness within society. Communes and cooperatives are being built according to ecological standards. We are trying to bring a consciousness of hygiene to society. In the cities, for example, we are working to create more green spaces that will also serve as places to gather. At the institutional level, we have created environmental directorates in the cities to deal with ecological issues on the ground. General ecological guidelines and directives have also been issued, which must be complied with by business enterprises. Compliance with these directives is monitored by the responsible committees and bodies in the municipalities and city councils.

All these are only first steps. But we are striving to constantly strengthen the work in the field of ecology and to make it visible everywhere.

You have reported some of your work. However, people who travel to Rojava for a while are particularly struck by the waste problem in the big cities. What is the reason for this? Why can a solution not be found for this?

The waste problem is a global problem and not limited to our regions. In the past, the regime did not give importance to the problem of waste treatment, so the region lacked the most basic infrastructure for waste disposal. With the revolution, the matter became even more complicated for us. This is because there was a lack of resources and capacity to find solutions to this problem. In fact, there was a lack of everything. We did not even have enough garbage containers on the streets. Today it works better, but unfortunately the solutions are still not satisfactory. We take care of this problem on two levels: On the one hand, we carry out educational work and want to make people aware of the importance of individual waste separation and waste disposal. On the other hand, we are trying to set up the appropriate infrastructure for waste disposal in the cities and in the countryside.

Petroleum is an important source of income for Rojava. However, the processing of petroleum in Rojava is harmful to the environment and health. How do you deal with this problem?

As for the problem of oil extraction using primitive methods, we are indeed suffering tremendously. We are struggling with the problem that the region is subject to an economic embargo and we do not have the opportunity, for example, to build modern refineries here that are more environmentally friendly. Therefore, we are trying hard to minimize the damage caused by the processing of the oil by requiring the operators of the refineries to improve the quality of the processing and to convert them to electric operation. In the event of a violation, we levy sanction fees. We are also holding talks with the authorities concerned to find solutions that are less harmful to the environment.

The shortage of water is also a huge problem in North and East Syria. Turkey is damming the rivers, the climate is getting drier, and there are crop failures. What solutions can be developed for these problems?

The Turkish occupation wants to force us to surrender with a deliberate policy of water shortage. It is deliberately using water as a weapon to try to achieve what they have not succeeded in doing through the permanent military attacks. Their goal is quite clear, a depopulation of the areas of North and East Syria and the initiation of a comprehensive demographic change. We consider the deprivation of water as a problem that severely affects the region, especially the areas of Al-Hasakah, where not only agriculture and animals have been cut off from drinking water, but also the surrounding rivers. The consequences for the entire ecosystem of the region are catastrophic.

The solutions we are using to mitigate the consequences of this are many and varied. For example, we are creating large cisterns to capture and treat rainwater. Of course, we are also trying to educate society about the situation and make them aware of how to use drinking water reserves consciously and not waste it. We also held an international water forum last year, which was attended by about 50 international organizations, to shed light on the water scarcity in the region due to the practices of the Turkish occupation towards the region. And, of course, we will continue to conduct research and studies to find answers to this grave situation.

How is the ecological sector organized in North and East Syria? Are there, for example, ecological councils? And what role do municipal councils play in ecology work?

In fact, we are in a restructuring phase in the field of ecology works. So far, the field has been served mainly by local city councils. In addition, there are environmental directorates in the cities, which are in close exchange with the city administrations and oversee the practical work. At the level of the Autonomous Administration, there is an area of responsibility for “local government and environment” within the Executive Council. This is, so to speak, the highest level of coordination of ecological work in North and East Syria.

However, we have come to the realization that it is not enough to leave ecological work solely within the responsibility of city and local administrations. For this reason, we are currently working on the establishment of so-called ecological councils in the cantons. With the help of this structure, we want to organize the ecological works more socially. In addition to representatives of the municipal administration and the environmental directorates, representatives of the women’s movement, health care, educational structures or agriculture, for example, should also become part of this council. We have already met several times and are in the process of setting up the council. As soon as we have clarified all organizational questions and formulated our tasks and goals, we will announce the foundation of the ecological councils.

Capitalism considers nature only as a resource to be exploited. The consequences of this are evident to all today. How does your understanding of nature and the environment differ from that of capitalist logic?

The difference between our paradigm and the logic of capitalism is that we consider human beings as part of nature. In the capitalist understanding, man alone is the center of attention. He is placed above nature and the environment is ascribed only an instrumental or utility-oriented value. The consequences of this are well known. The destruction of nature has reached an intolerable state worldwide. It ranges from the destruction and massive clearing of forests to tons of plastic waste that threatens the creatures under and over the seas. What we are striving for is to create a balance among all living organisms, to recognize their intrinsic value, and to build an economy and industry that considers environmental protection as a cornerstone. It is not for anyone to question the importance of nature and the environment.

The war continues in North and East Syria. Because of this, many people do not have an open ear for ecological issues. They feel that there are more pressing problems. What do you answer to these people? And what are you doing to develop an ecological consciousness in society in general?

The continuation of the war, of course, directly affects our work and creates great difficulties when it comes to convincing people of ecological consciousness. Society simply has other priorities against the background of the permanent attacks. We try to fight against this by making it clear to people at local and council meetings that these problems should not be played off against each other. Sure, defending our territories is also a military matter. But if you want to protect your homeland, you also must protect the environment and nature. These are all interrelated. The problems caused by environmental pollution lead to health problems. Sometimes they can lead to entire areas of land becoming uninhabitable. These consequences are just as fatal as the effects of war! There is a need for ecological consciousness in society so that future generations can live a dignified life here. The defense of the revolution therefore leads through the struggle for ecological justice.