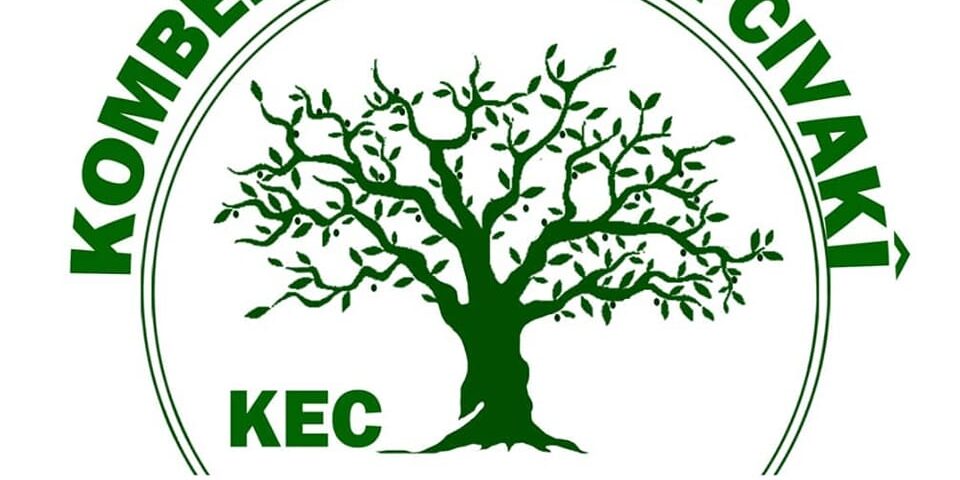 The invasion by Turkey and its affiliated terrorist factions of the canton of Afrin and the following occupation of most of its geography on the 18th 2018 led to a large displacement to the canton of Shahba and to parts of the city of Aleppo, and from there to other parts of the Autonomous Administration areas in North and East Syria. This forced displacement and residency in an ill-conceived manner created many problems for the people of Afrin, which required organizing their life and social affairs and facilitating them until their return to Afrin, a dignified return.

Definition of the Association:

A civil, social, cultural, non-governmental, non-profit organization that is concerned with the social and cultural affairs of the displaced people of Afrin and Shahba residing in the al-Jazeera region, and its center is the city of Qamishlo.

– The association is an independent social institution that represents all segments and groups of society in Afrin and Shahba residing in the al-Jazeera region. The intellectual, cultural, religious, political and social privacy of members is respected.

– It contributes to the support of the local community and its social and cultural development.

– It adopts the principle of democracy in managing the association and respects the opinion of others.

– An equal representation of all segments in the association is observed, commensurate with the proportions of their presence in the territory of Al Jazeera.

– It works with all energies and capabilities to achieve a dignified return to Afrin and Shahba.

There are committees for the daily work. Each committee is chaired by a member of the General Council. The committees within the Association are as follow:

1- The Cultural Activities Committee: It works to preserve the cultural heritage of the people of Afrin and Shahba by organizing artistic and musical courses, establishing artistic groups, organizing cultural and intellectual lectures and seminars, and reviving important events. It can also publish its cultural products on a regular basis.

2- The Social Services Committee: It works to provide services and assistance to the people of Afrin and Shahba in critical circumstances such as death and disease, to facilitate their life affairs, and help to find job opportunities for the unemployed. The Social Service Committee also includes  a committee of reconciliation to solve social disputes.

3- The Charitable Aid Fund Committee: works to collect donations on a monthly basis, and distributes them equally to the needy people of Afrin and Shahba residing in the Jazira region, and meets their essential needs according to priorities, and provides material assistance in emergency situations.

4- Youth and Students Committee: Supporting youth activities, encouraging students to learn and persevere, and provide support according to available capabilities.

6- The Financial Committee: Organizing all incoming amounts and outgoing expenditures and record them in special records in accordance with the rules, supervising the collection of donations for the benefit of the Association, estimating the budget, and thus supervising the process of providing material aid.

7- The Media Committee: Covering and introducing the activities of the Association, and managing its website.

8- Women’s Committee: It is concerned with women’s affairs and works to organize special activities, and encourages women to work and be active in order to play a leading role in society and its development.

The work carried out by the Association, and its continuity on a regular basis: The association is a guarantee for every Afrinian individual.

Activities carried out by the Association:

– Qamishlo doctors were contacted for help, and most of the doctors responded, and they provide assistance through free examinations. There are also a number of analysis laboratories and medical centers that cooperate  with us and assist the displaced people.

– The association helps poor families, whether financially or in other ways.

– Standing by the Afrin families, whether in joys or sorrows, and helping as much as possible.

– The Association works hard to preserve the heritage and folklore of Afrin, represented by commemorating the death of artists Jamil Horo and Adnan Delbrin.

– The reconciliation committee pays periodic visits to Afrin families, and solves problems, if any.

– A football team bearing the name of the League that participates in the sporting events held in the Jazira region.

– Communicating with the Syrian Red Crescent Organization to register families that were not previously registered.

– Issuing an expatriate card for the people of al-Shahba areas.

– Facilitating visits for the people of al-Shahba regions.

– The Association pays special attention to Afrin students attending the University of Rojava in terms of moral support and direct meetings, and working to solve their problems.

The work of the members of the Association continues despite the limited capabilities and the lack of support from any external party, whether humanitarian organizations or civil institutions. Therefore, we appeal to everyone to communicate and work with the Afrin Social Association and provide assistance to it, each according to its scope of work and capabilities, for the continuity of this association so it can continue to support the displaced families from Afrin.